Criminalising people’s sexual orientation, as the bill in Ghana’s Parliament does, is wasteful, cruel and unusual punishment contrary to the principles of liberty, justice and freedom for all. 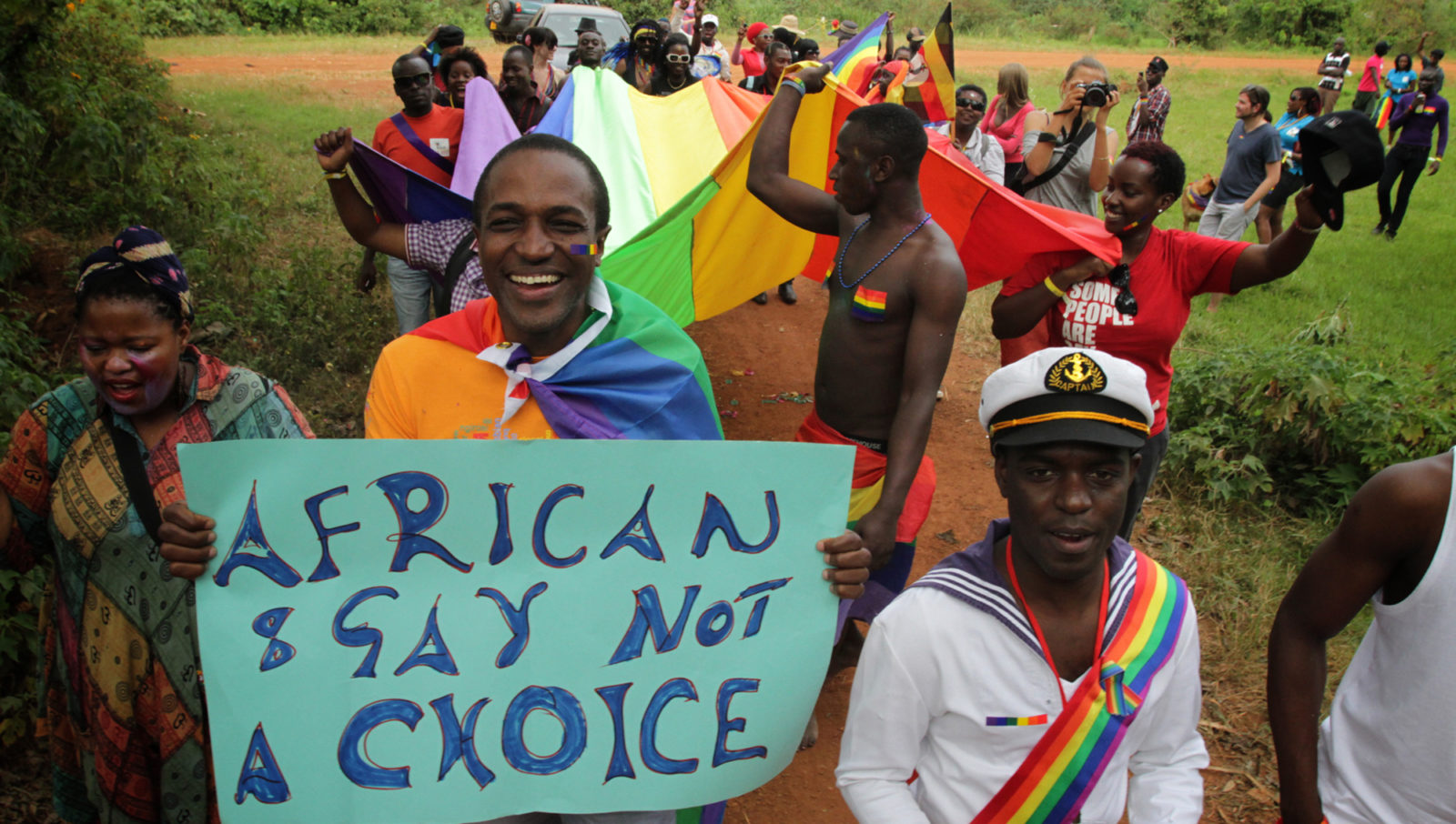 The bill in Ghana’s Parliament to criminalise same-sex relationships and to punish those who support lesbian, gay, bisexual and transgender (LGBT) people in the country has been gazetted, and public consultation will begin shortly. Regardless of the outcome of this bill in Parliament, the Supreme Court will ultimately be called upon to determine whether these persons are protected by the equality rights in the Constitution.

This article maintains that LGBT people in Ghana are entitled to the same basic human rights enshrined in the Constitution and must be treated with the same level of dignity, respect and consideration afforded to all Ghanaians. My aim, therefore, is to argue that the anti-LGBT bill before Parliament violates the equality rights of LGBT people. Further, the bill is a slippery slope; if left unchallenged and allowed to become law, it will undermine personal freedoms, autonomy and self-determination and ultimately erode the ideas of freedom and justice, which are the key tenets of a pluralistic and a democratic society.

Advocates of the bill purport to assume a moral high ground by erroneously stating that passage of the bill will forestall wholesale importation of Western dysfunctional mores into the country. Contrary to this assertion, same-sex relationships are not an exclusively Western phenomenon, but have been practised in Ghana for a long time, albeit in secrecy.

They also argue that a sexual relationship has always been between a man and a woman, which is by its nature ordered towards the procreation of children. Thus, in their view, same-sex relationships are unnatural and ungodly. The purpose of this article is to advocate human rights for LBGT people in Ghana. Therefore, I do not intend to discuss the issue of morality of same-sex relationships.

Further, I don’t seek to condemn anyone or religious group for opposing same-sex relationships. My sole objective, once again, is to defend the constitutional rights of all Ghanaians, including LGBT persons, and to stop Parliament from persecuting gays and lesbians in Ghana. Furthermore, my goal is to urge the Supreme Court of Ghana to expand the scope of equality rights in the Constitution to include LGBT people. The court could take inspiration from Canada’s “living tree doctrine”, and adopt a purposive and contextual interpretation of the Constitution that would protect LGBT people’s rights.

Ghana’s Constitution guarantees human rights for all. These equality rights are contained in section 17, as follows:

“All persons shall be equal before the law. 2. A person shall not be discriminated against on grounds of gender, race, colour, ethnic origin, religion, creed or social or economic status. 3. For the purposes of this article, ‘discriminate’ means to give different treatment to different persons attributable only or mainly to their respective descriptions by race, place of origin, political opinions, colour, gender, occupation, religion or creed, whereby persons of one description are subjected to disabilities or restrictions to which persons of another description are not made subject or are granted privileges or advantages which are not granted to persons of another description.”

These equality rights are anchored in the basic belief that everyone is equal before the law and that everyone must be treated with the same level of respect, consideration and dignity regardless of their personal characteristics or circumstances. The Constitution also permits the government to make rules where necessary to address social and economic inequities to level the playing field for everyone. For example, the law allows both Christians and Muslims to observe different religious holidays without losing their employment.

In Ghana, inequality fosters an environment for human rights abuse. For example, the police, with impunity, routinely detain “trotro” drivers and sex workers without justification to extort money from them. Similarly, LGBT people are regularly attacked, humiliated and chased out of their communities because of their sexual orientation. It is remarkable how LGBT people, who are already at higher risk of depression, anxiety, suicide, stigma, social exclusion and oppression, have managed to cope with the recent onslaught of violence unleashed against them.

The bill sets a dangerous precedent about how we intend to respond to and address social vulnerabilities in our society. While our democracy is rooted in majority rule, the human rights codes enshrined in the Constitution act as checks on the excess of Parliament and to prevent majority rule from becoming oppressive or tyrannical. In the face of efforts by some members of Parliament to disregard the social vulnerabilities of LGBT people and suppress their constitutional rights, the Supreme Court remains the only entity with the power to quash this regressive bill, should it become law. Therefore, I urge the court to give the equality rights in the Constitution an expansive interpretation, recognising that while same-sex relationships may be controversial and even offensive to some people, it does not justify taking the constitutional rights of LGBT people away from them, as Parliament is seeking to do.

The court can borrow from Canada’s “living tree doctrine” to make the Constitution a living document, responsive to the realities of modern society. On 18 October 1929, Lord Sankey ruled that women were eligible for appointment to Canada’s senate. Before his ruling, Canada’s highest court had rejected the argument that women were “qualified persons” for appointment to the senate. Sankey’s bold decision has become a powerful and enduring metaphor in modern Canadian constitutional jurisprudence. He stated that the Constitution is “a living tree capable of growth”, a document that is in “a continuous process of evolution”. Today, because of this singular and bold decision, women in Canada have occupied remarkable positions in the political space and significantly contributed to the development of that country.

Every society contends with conflicting values, such as women’s right to choose and the legal recognition of minority rights. Therefore, in a pluralistic society such as ours, Parliament is the forum where public policy must be calibrated to balance minority rights with majority rule. For example, polygamy is recognised in Ghana even though the majority of Christians are opposed to it. This ensures that the rights of Muslims and traditional religious believers are protected to ensure the peaceful co-existence of all faith groups in the country.

Oddly, however, some members of Parliament have abandoned their responsibility to promote peaceful co-existence of communities and have proposed a bill that seeks to curtail the rights of LGBT citizens. It is disturbing that, in so doing, they risk stoking hate, violence and oppression of this minority without regard to their constitutional rights and freedoms. In fact, the bill has exacerbated the already perilous conditions and rampant homophobia that LGBT people face in Ghana.

The Constitution states that “the sovereignty of Ghana resides in the people of Ghana in whose name and for whose welfare the powers of government are to be exercised”. This principle supports individual autonomy and personal choice. Thus, notwithstanding Parliament’s power to make laws within the confines of the constitution, it does not have unfettered power to pass regressive and intrusive laws that go so far as to criminalise who people choose to love.

To expand this point, consider John Stuart Mill’s “harm principle”. In his essay On Liberty, Mill outlined the classic statement of the principle:

“The object of the Essay is to assert one very simple principle, as entitled to govern absolutely the dealings of society with the individual in the way of compulsion and control, whether the means used be physical force in the form of legal penalties, or the moral coercion of public opinion. The principle is, that the sole end for which mankind are warranted, individually or collectively, in interfering with the liberty of action of any of their number, is self-protection… The only purpose for which power can be rightfully exercised over any member of a civilised community, against his will, is to prevent harm to others. His own good, either physical or moral, is not a sufficient warrant.”

Ghana’s Constitution draws on this principle in that it places significant limitations on the state’s ability to interfere with people’s liberty. The logical expectation is that the government should not regulate what two consenting adults do in the privacy of their home as long as they do not hurt anyone. Further, the government should not get involved in people’s love affairs. Who someone chooses to love is a personal choice and must be respected and dignified. Contrary to the prevailing views in Ghana, sexual orientation is neither a choice nor a “lifestyle”. Criminalising people’s sexual orientation is wasteful, cruel and unusual punishment, contrary to the principles of liberty, justice and freedom for all.

Furthermore, the Constitution of Ghana is a social compact based on the principle that in our pluralistic society there would be competing values and interest groups. Thus, the best way to resolve social tension is to reconcile competing rights and accommodate individuals or groups, where possible. This process can be difficult, complex, controversial and, at times, frustrating for everyone. Nevertheless, it is our shared responsibility, which requires understanding the nature of one another’s rights and obligations and our willingness to show mutual respect for the dignity of all Ghanaians. Sadly, the bill before Parliament seeks to exclude LGBT people from this social contract. Therein lies the slippery slope.